Choreography takes a huge part in Chiquita's term: Arthleticism. Chiquita is passionate in educating people around her about how skating is not just about jumping or spinning. She is listed as the first choreographer from Indonesia based on ISU database, and she choreographed and trained Junior and Senior level skaters in Indonesia.It all began when she was 12 years old, created her first skating program for her fellow skater, edited the music with an old tape and boombox, and designed the costumes that suits the program. Her choreography is rich in movements, which makes it unique and easily captured people's attention. At a very young age, she had already began to choreograph and teach other skaters in Jakarta for both exhibition and competition. Two years after her first choreography, at the age of 14, she choreographed a huge performance called 'Little Mermaid On Ice', and she also received a Certificate of Appreciation as A Choreographer. She decided to pursue her study by attending the best art school in Indonesia, The Jakarta Institute of The Arts, where she had her traditional dance practice. She finished her BFA program in dance one year early with a full-scholarship from the government. She graduated by creating "INDONESIA-KU", which received an award from MURI as 'The First Figure Skating, Traditional Dance, Music, and Theater Performance On Ice'. Following her dream to skate in America, Chiquita continued her education in graduate school at SUNY Brockport, which has an accredited reputation for its dance program, particularly in modern dance. Along her research study, she found her term arthleticism, which then became the topic of her master thesis titled: 'Arthleticism: Figure Skating and Modern Dance in Parallel.' This term had also inspired her thesis creative project titled 'I-ce Shadow' (I See Shadow); an integrated play of figure skating, modern dance, music, and technology. She was exploring modern dance theory and applying it in skating practice to improve skaters' performance on the ice. She graduated one semester early and received her MFA in choreography. She was also the founder and president of Ice Skating Club at Brockport. 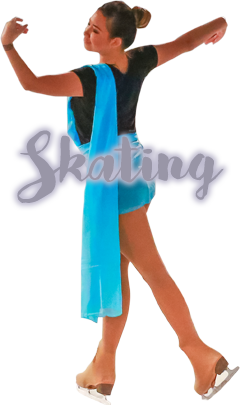 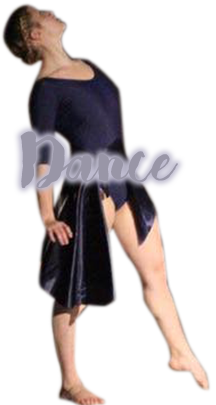